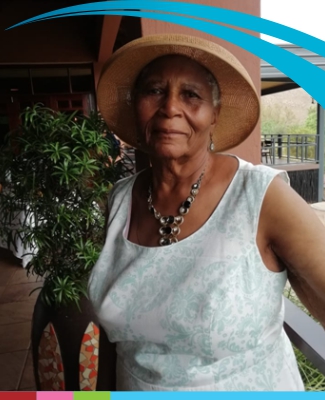 NONTHUZELO MAVIS MANZANA was born on 18th June 1944 in Rustenburg. The first daughter of the late David and Matilda Manzana.  She has six sisters and two children; a son and daughter.

She matriculated in 1961 at Our Lady’s College in Limpopo.

Ma Mavis acquired a Diploma in General Nursing (1967), a Diploma in Midwifery (1969); a Diploma in Nursing Education (1978) and BA Nursing with Nursing Management and Community Health Nursing as majors (2003).

Ma Mavis is a member of the Catholic Nurses Guild and Catholic Women’s League. Both organisations are involved in community work for the vulnerable populations within society.  We empower them on a healthy lifestyle, donate food parcels, clothing, sanitary pads and toiletries to needy children at schools

She joined the YWCA in 1999 as a member of the Welkom Branch in the Free State and identified a group that was rendering Home Based Care Services to a local community on voluntarily basis.  Ma Mavis was able to secure sponsorship for them so that they could get a stipend.

Ma Mavis was elected as President of the Free State Region and National Vice President from 2007; then National President in 2015.  She is currently working with the Gauteng General Secretary to turn around YWCA-SA; making it attractive to young members. 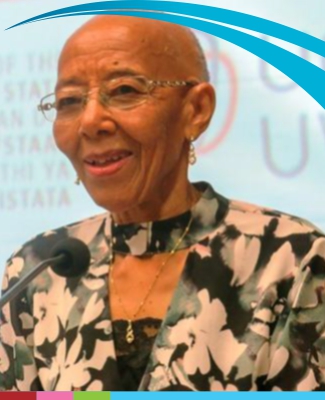 Dr Ellen Blekie was born on 1 of May 1932.  She grew up in the Nigel/Heidelberg districts. At the age of 11 her parents sent her to the well-known Lovedale Education Centre in Alice, Eastern Cape. She was a brilliant and hardworking pupil and after matriculation she attended Fort Hare University, where she completed her BSc in 1953.

She was then allowed to study Medicine at Wits University, one of a small group of black women who were the very first to study Medicine.  Dr Blekie worked as a medical doctor in Durban, Benoni and the Baragwanath Hospital. From 1968 to 1971 she was invited to work in Swaziland, where she met several exiled members of the ANC and other banned organisations.  She became part of the struggle for liberation from the Apartheid regime.

On returning from Swaziland in 1971, she and her husband, Layton Plata, a journalist, settled in Thaba ‘Nchu. There she started a medical practice in which she worked for many years until she retired some time ago. All these years she has been a well-known and much loved doctor, dedicating herself tirelessly to her patients – all coming from the desperately poor communities of the area. She often treated persons for free or sacrificed much to serve the community.

Dr Blekie also served on the national board of the South African National Tuberculosis Association (SANTA), a non-profit, volunteer and community-based organisation involved in anti-TB initiatives. For some years she was the deputy president of the national body of SANTA and also served as chairperson of the Free State branch.

Since the HIV and Aids scourge became such an overwhelming challenge in the 1990’s, she was deeply involved in the Free State’s Anglican Church’s Mosamaria organisation, doing wonderful work to support communities and families affected by Aids. Since its inception, she served as deputy chairperson (the Bishop is ex officio the chairperson) of this compassionate organization.

Dr Blekie, who has been a friend and colleague to many a struggle hero, like the Mandela’s, the Kathrada’s and Tambo’s, is a very humble and lovable person, who’s only goal in life has always been to serve others. This calling is based on her strong Christian convictions and loyalty to the church of which she has been a lifelong, active member. Even today, in her old age, she is still tirelessly involved in serving and is a member of the Provincial Executive Committee of the SACC Free State as the honorary president.

Dr Bekie has been a recipient of the Order of Simon of Cyrene – one of the highest awards bestowed by the Anglican Church. It is thus very appropriate that the first Letsema Award is presented to this remarkable woman, whose whole life has been – and still is -characterised by sacrificing herself and her manifold talents to the service of others.  I am convinced that her being the first to receive this award, actually contributes much in raising the prestige value of the Letsema award itself. 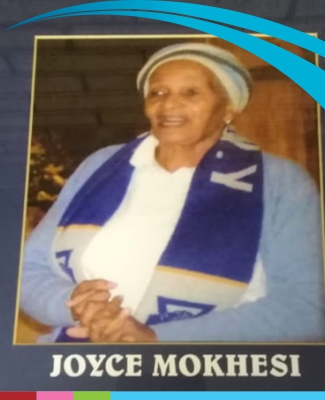 Mrs. Joyce Mokhesi serves as a Trustee of the YWCA Dube Charitable Trust since 1995 and has been responsible for sourcing capital to initiate the Trust. She has been an active member of the YWCA since 1975 and was the president of the Transvaal Region for 5 years, thereby progressed to be the National President of the YWCA of South Africa.

She is part of the leadership of Gauteng Region who came into assist the National office by consolidating the restructuring process and seconded the General Secretary to support the management.

Furthermore, she is a Treasurer of the Vaal Retired Nurses Association from 2009 to date.

Qualifications/Career Progression: Ms. Mokhesi holds a Nursing Qualification and has been a midwife and public nurse since 1954 and retired. She further pursued a career as a pharmaceutical rep for Wyeth Laboratories for 11 years. 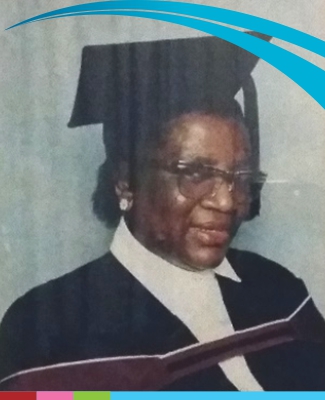 Later promoted to Senior Nursing Officer holding a post in one of the busiest centers at 18 Hoek Street, Johannesburg.  She was involved in nursing and medical student training.

She was involved at the Treatment Centre for TB, Family Planning, STD and Child Health Clinics for patients who were employed.  Her key role was to: 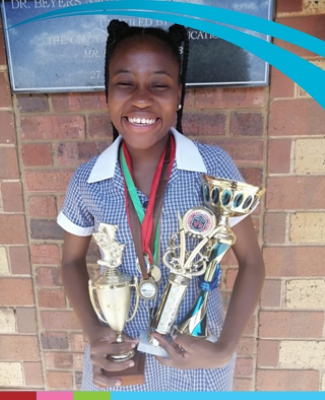 She attended Franklin D Roosevelt Primary School from 2009 to 2015, where the English teacher polished her speaking talent.  She join the school sound monitoring, choir, scholar patrol, debating team alongside with athletics and cross country.

In 2016 Michelle was enrolled for grade 8 at Kings Gate High School in Lesotho, returning to Johannesburg in 2017, where she then enrolled at Dr Beyers Naude Secondary School; again joining the  debating team.

In 2018 she was recruited by the Naledi Leadership Programme and graduated.   Furthering her passions, she joined the school debate Television programme known as the Battle of the VS where she came out victorious.

Battle of the VS was the beginning of Michelle’s long string of accomplishments.  This year she led a very strong team that made it through the debating school rounds, semi-finals, finals and the district finals.  She participated in the CPU Official Southern Dialogue and Debate and won. Competing in group public speaking competitions, Michelle also won the District finals and was awarded best speaker for the Gauteng Provincial finals.

She has also successfully performed as master of ceremonies on two occasions.

The YWCA SA identified her on one of the projects and she was tasked to recite a poem with the theme; ‘Creating Space for Change’ at the intergenerational dialogue. 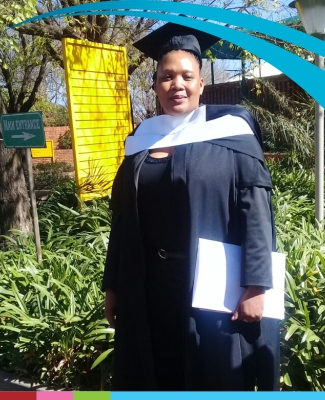 Ms. Lulama Stoffel is currently serving as the Executive Director (General Secretary) of YWCA Gauteng and Seconded to the YWCA-SA.

Career, Positions and other activities:

Ms Stoffel worked as Office and Project Administrator for the Hollard Foundation from July 2011 until September 2015.

Prior to this appointment, she was a Project Manager (Kago Ya Bana Programme – Innovation) for the Hollard Foundation from September 2009 until June 2011.  Lulama was Assistant Area Manager for ABSA operated by ALLPAY Consolidated Investment Holding from June 2006 until August 2009.

Over the last nine years, she has managed projects and its administration; led project teams; organised and managed events, managed stakeholders and the finances. 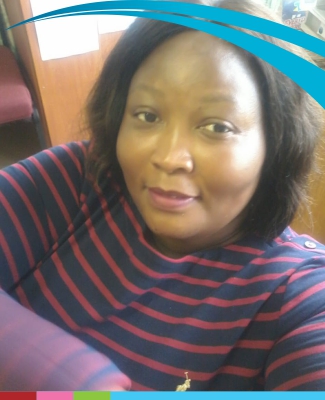 Makgale Joyce Moseamo was born on 9th January at Botlokwa village in Limpopo. She is the first daughter of Mr Moses and Mapula Moseamo and has four other siblings. She has two daughters.

She matriculated in 2002 at Botokwa Commercial College and proceeded to Tshwane University where she obtained a certificate in Computer Studies in in 2003, then a Diploma in General Management, majoring in Bookkeeping at Boston Business College in 2007. She did Pastel Accounting in 2017.

She is the current administrator in the finance office at St Brendan’s Catholic School.

Her past employment included:

Makgale joined the YWCA in 2000 as a young woman in the Botokwa branch in Limpopo. She was elected as both secretary of the branch and youth co-ordinator.

She is currently managing the SRHR programme for Limpopo Region and mentors Grades 7 to 9 girls on a voluntary basis in an after-school programme.

She managed the SRHR, ‘Violence against Women’ and HIV and AIDS projects in Limpopo when the YWCA-SA got funding from the Human Rights Commission in 2013.

Makgale was elected the Secretary of YWCA-SA in 2015.